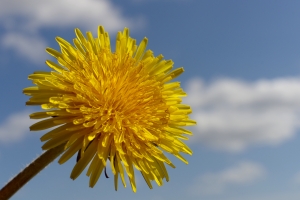 Dandelions. These yellow ‘flowers’ populate lawns each spring. Initially, it seems easiest to just run the lawnmower over top of them.  After all, they will disappear…for a day or two.

But the dandelions will soon reappear in even greater force. The only way to truly eliminate dandelions is to get to the roots with a nasty poison or a back-breaking weeding tool.

Getting to the roots of dandelions has a very helpful application to personal change. In personal change, we too often we ignore the roots below the surface that are supporting negative behaviors or patterns. As a result, the change initiative often ends in disappointment or failure.

In Immunity to Change, these ‘roots’ are called ‘competing commitments’. 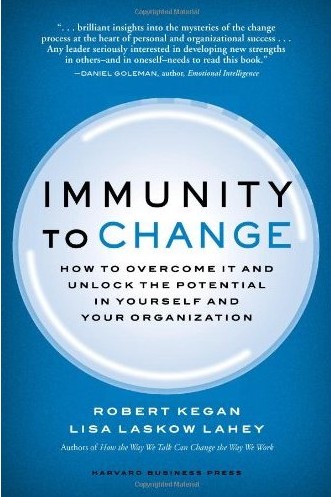 Here’s an example. Say you want to lose weight and get into better shape. First steps would likely include learning more about healthy nutrition, joining a gym or taking up exercise and finding some friends to keep you accountable. These are likely all good steps.

However, there may be a deeper issue – a belief or behavior that needs to be identified and addressed because it will fight against the change. In this case, the competing commitment could be the comfort food brings in the midst of high stress at work. Unless you identify the stress at work as a competing commitment and work through that issue, there may be little traction and much frustration.

Jesus was a master at getting past the surface issues and helping people identify their competing commitments. Think about the rich young ruler in Mark 10. The man went away sad because Jesus had identified his competing commitment. He couldn’t follow and trust Jesus because his security and identity was in his material wealth.

How can you apply this principle?

1.  Identify Competing Commitments – Ask yourself and the Lord if there is a deeper issue keeping you stuck in your old pattern or negative behavior.

Can you identify some competing commitments that have prevented change for you?  For your team?  For your organization?